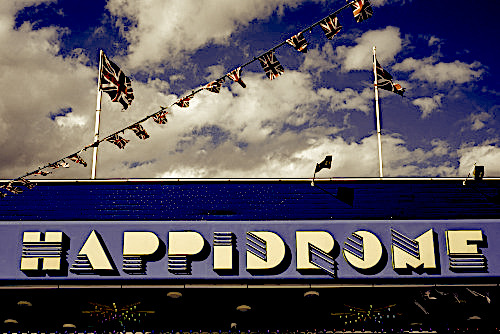 You and being able to know yourself is one of the most important relationships you are gonna take care of in your life. Some people call it self-esteem. It is that important that it will define the way you relate with others, the way you will look for a partner and the people you feel attracted to.

To know who you are and what you need, you need to take care of yourself. To be able to experience a truly good relationship with yourself, don’t just care about your body by dieting and doing exercise, the mind also needs some care to keep it healthy.
But, how do you know that you are going to develop a positive and real relationship with yourself? This will take you your whole life because, like all successful relationships, you always need to be working on it.

So here you have five simple clues to improve your self esteem;

The road to building successful connections is basically yourself. 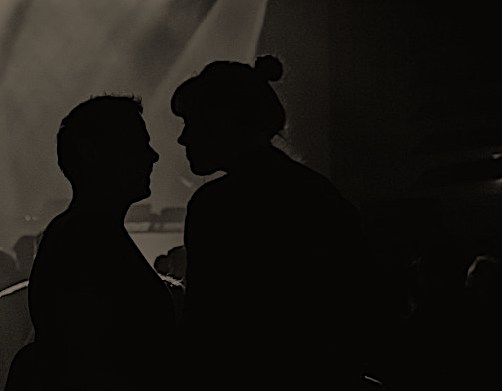 The most common way of existing in the society we live in is having a partner, or at least that is what we have been led to believe.

Surely you will remember more than one family member asking when are you going to introduce them to your boyfriend or girlfriend. It is something that people expect from you. We can feel forced by peer pressure to seek out a partner in life , making us feel down for not having one.

This idea has been introduced through films and stories, through the media, literature and our education, where a whole bunch of ideas are spread and believed. The idea of that perfect ‘partner in crime’, the importance of romance and love, the existence of princes and princesses and the significant fact that it is necessary to suffer for love.

As a result there is a myth that takes shape in our minds: “You need a partner to be happy.”

But this is a very personal election, since many people have other priorities in life than having a partner, which is very respectable. For these people, having a partner can even clash with the lifestyle they want to live, so they decide not to have it.

Having a partner is a choice. It is not something required or compulsory to fulfil your life. Actually, the only person you need to have a fulfilling life is yourself.

You can live perfectly without a partner. Your value as human being does not depend on having a one. It is just other part of the equation of life.

So there is nothing wrong with having a parter (or more), the advice would be;

“Be free enough to think outside the box, explore and don’t feel guilty if something different appeals to you because you have the right to be free” 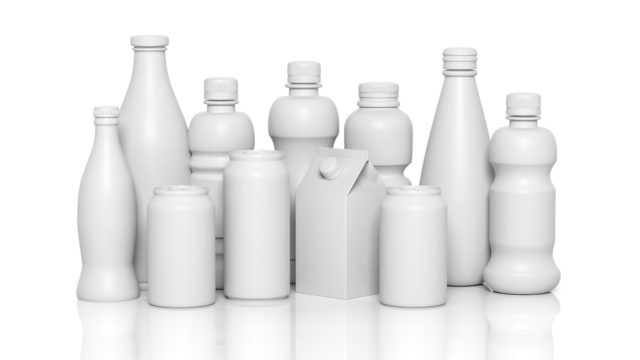 Do you like men or women? Do you usually date both? Maybe you are attracted to transgender or intersex? Maybe you feel like exploring your curiosity? Or perhaps you don’t feel an attraction for anyone at all.

Your choices when you start dating someone are closely related to who and what you feel attracted to, in other words your sexual orientation is going to make the decision for you. If you thought you were free to choose, nothing could be further from reality.

Let’s start from the beginning;

People that like same sex usually call themselves gay, lesbian or homosexual, people that feel attracted only to the opposite sex are known as straight or heterosexual. If you are not sure about which gender you’re attracted to your label is ‘curious’. Pansexual is the word that is used to define people who feel attraction for many different genders, it can be men, women, transsexual, intersexual. There is also the possibility of no sexual attraction to anyone so asexual is the word that is usually used.

We have lots of labels and we love to create new ones. But do we need to do that? Is it such an important thing to know the sexual orientation of everyone? Labels are cultural constructs that have been created to “help” us understand some situations and to basically classify people.

They can be good if you personally need them, but if labelling is going to make you feel apart, discriminated, judged or uncomfortable then you should consider that labelling is not for you.

The only true thing about sexual orientation is that people don’t choose what they like, they usually find out which sex are they are attracted to. It is like the colour of your eyes or your hair. Both are natural and both have been with you since you were born.

This doesn’t mean that you must experience only the people that you are supposed to feel attracted to because of your sexual orientation. The same way you can dye your hair or wear contact lenses you can explore with whoever you like even if they are “not supposed to attract you”. In fact many people explore with different genders and these actions don’t define their sexual orientation.

The only one that tells you who you are is yourself. You have the right to define yourself, you don’t need a label to define you because you are more than just a label, you are unique. 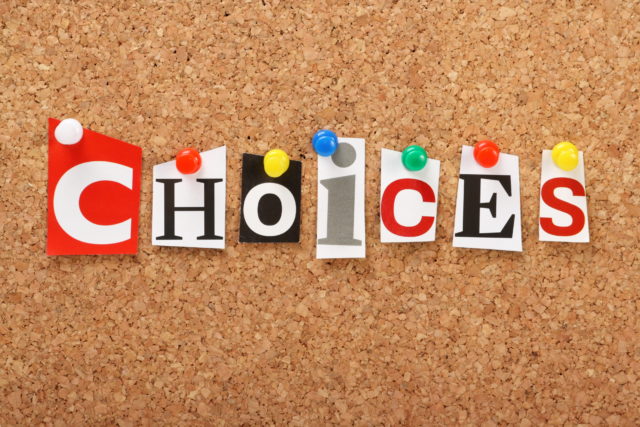 “I really want to meet someone that blows my mind, I need to feel stimulated by the person I am meeting. That’s the way I feel connections with people. I am not sure what I am looking for, I reckon I  will just go with the flow and see how I feel after a while…”

“I want someone to have fun with… just sex to be honest. I need to like the person and feel attracted to them but I am not yet into relationships.”

“I have a partner and we have had an open relationship since we’ve been together. This agreement works for both of us. We share our life living in the same place and having the same personal goals but we like to meet more people to have special connections with.”

“I want to marry someone and have kids with the love of my life. I truly believe in love stories. I keep thinking that I can find someone and we would be together forever.”

Have you ever thought why you want to date? What are the reasons that motivate you to go on a blind date, use an online app or go out on a Saturday night to a club where you hope you can find people you like?

Whatever your reason is you have the right to do it. You can have the relationship that you are looking for.

You deserve to have what you want. You can define your own rules regarding what you love and what motivates you to be with someone. We usually have our own ideas of how we want to form our connections.

There are so many types of “agreements”. You just need to find someone on the same page or someone that accepts your agreement. 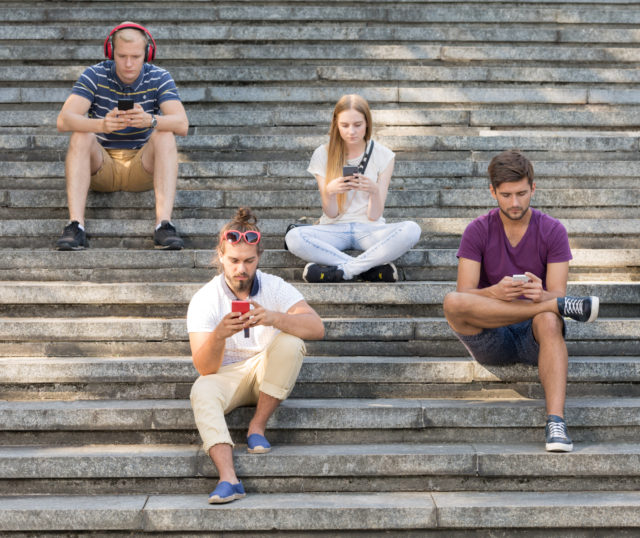 When you go to the local store to buy some groceries, while you commute every day heading your job, while you eat your dinner at home after a long day, while you are chilling with your friends in the pub during the weekend, when you are waiting at the bus stop, even when you are going for a nice walk down the street.

Our smartphones are not just phones anymore. We use them to match people, we use them to connect ourselves with a potential mate or someone who we feel the chemistry with. There are countless of applications that can help us to meet people. We all know them and we know how they work.

Hundreds of profile pics, brief descriptions, distance and age are some of the criteria that we use to decide if we fancy the person or not. It seems simple, you just need to like the picture to let that person know that you are interested. But have you ever thought about the amount of time that you waste trying to match someone?

The more you disconnect from real life and the present, the more you will start feeling apart or begin thinking that you need your phone to connect. Thats a fact. Those apps are here to help you but not to isolate you.

Can you remember the smell of the air when you went to the grocery shop? Can you remember the taste of the meal you had while swiping right? Could you say that the pub was noisy while being with your friends? And, how was the weather when you went for a walk and looked at your phone instead of fully living that moment? If you don’t have an answer you are not living the present as much as you could.

One of the main things that prevents you fully experiencing the life you are living is overusing your phone. Of course there are things that need to be done and checked with a device but there are other things that can be done by yourself. The issue is that nowadays we believe that we need the help of an online app to make sure that we will meet a special person.

Think about the amount of time you spend trying to find someone to finally meet and then think about how much time you spend with that person on the first date. If it is worthy just keep going, if not you might consider start living your life without using a screen. 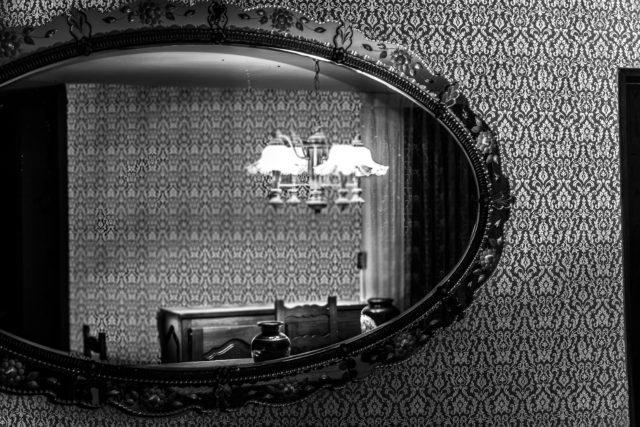 Don’t join us if you are like them.
We all know how they interact nowadays.
Social media is the new reality.
Who cares if you are a great talker, a trustful person, a funny guy or a genuine human being?
You are no one if you don’t interact through your black mirror.
So don’t join us.

Keep looking at your screen.
It doesn’t matter if it’s real or not because it looks beautiful.
Stop talking to people on your way home, just keep looking at your screen because you are missing so much if you stop doing it.
Go out but don’t forget to check your phone at least every ten minutes.
You might miss the last picture of someone’s food, someone’s training or someone’s holidays.
Check your online dating app just in case someone new has joined.
Enjoy your lunch but not too much because someone else’s lunch looks so much better in that beautiful picture.
Check again because the person you just crossed paths with could be on that app and you can match them to start a conversation.
Don’t talk directly to him or her because it might feel real.

VEE is about connecting people, about real experiences, about people who go out of their comfort zone by living in the present.
You need to be brave enough to live this life fully.
We don’t do screens, we do people.