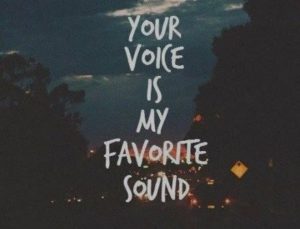 Taste, Touch, Sight. Those are the three senses that are considered sexually desirable. However, to hear the sound of a whisper from your lover can be just as sensual. Like a sea along the beach the tones of you lover’s voice can move waves across your back. The soothing voice of your lover can cause the hairs to rise like a blossoming flower.

‘If Music Be The Food Of Life Play On!’ Let its power and mystery provide you with sexual healing. The most romantic form of sound is Music. Music has played a significant influence from Greek culture to the modern era in order to seduce the human ear. It is what helps amplify the sensations as well as dictate the way in which we move. We call this wonderful movement ‘Dancing’. By enhancing these sensations it creates sexual desires intensifying the romantic bond between two individuals. BARRY WHITE said it best: ‘There’s people making babies to my music. That’s nice.’ No truer words have been heard.

What is making love without the fanfare? It is lightning without thunder. Sound undoubtedly is love’s truest expression. To end with the legendary MARVIN GAYE himself: ‘MUSIC, NOT SEX, GOT ME AROUSED’ 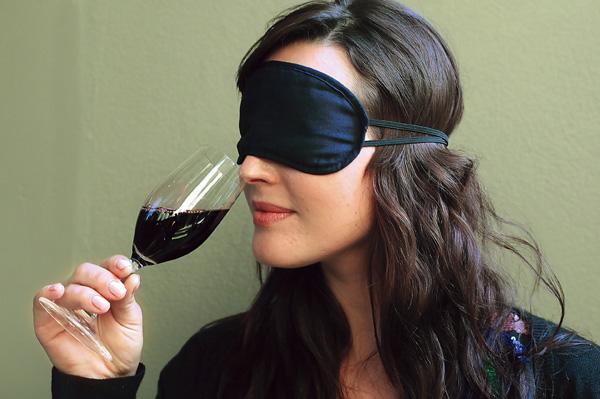 We, humans, have 5 senses: sight, hearing, touch, smell, and taste. With the help of our senses, we recognize what is happening around us. One of the most important senses is a sight. We see everything through our eyes and respond to it. The moment when an individual sets eyes on another is what triggers all the other senses. As ironic as it sounds, we must not judge an individual by their looks. It is what we see that determines whether we should make the first move or not.

But what if we blindfold our eyes? What if we cover our most important sense? What will happen to our other 4 senses? The other 4 senses will heighten and our brain will adjust to it. How would you judge the other person if you cannot see what they look like? Can you fall in love with someone without looking at them and only hearing their voices or touching them?

Then what if we try and guess the food blindfolded? Will you guess the foods correctly? Will your other senses help you to guess the food or will they fool you? Come and join us this October for our Halloween Special event to heighten your other 4 senses and be a part of the blindfolded food tasting challenge. You may find the one that you have been looking for.

Wine, vin, or vino, in the romantic languages. With this drink in your arsenal you will always be in a good mood, not only because of the boost it gives to your omega-3’s, but because wine is an aphrodisiac, meaning a stimulant of sexual desire. Red wine contains organic compounds called amines, such as histamine which is linked to sexual drive.

Research in Finland, at the Universities of Helsinki and Tampere discovered in a study of 2,600 aged 18-69, a link between those who had a glass of wine at dinnertime, and higher self-esteem.

Before you take a sip, take a whiff as wine has been found to contain many of the aromas which arouse us. Different scents entice women, for example cherry or musky scents, and men for example the smell of vanilla or lavender. Remember that night when- among other things- you had a spectacular glass of *insert spectacular wine*? Olfactory memories is where your body unconsciously uses smell to trigger memory. Therefore, smelling the spectacular wine at a later point should bring back those fabulous feelings. If not, you did not sniff the wine hard enough. So remember, whiff before you sip!

This beverage increases your libido, and according to a 2016 study by Harvard University and the University of East Anglia, red wine lowers the chance of erectile dysfunction by 19%, owed to organic compounds called flavonoids.

It makes you more attractive.
A little does a lot. Only a glass, is needed to create this state of increased attractiveness. Visible changes include flushed cheeks and exuding a rosy glow. This is according to a 2015 study by Bristol University, in which participants were asked to rate the physical attractiveness of individuals before and after wine consumption photos. Those who had consumed a low volume of wine were deemed more attractive then when they were sober. Per contra, more glasses were found to reverse the effect. Which confirms what we already know, being full on inebriated is still not a good look, in any situation.

Wine is good for the heart, and health.
Antioxidants found in the skin of grapes shield your cells from potential harm by free radicals, which could otherwise contribute to diseases like cancer and heart disease. One such antioxidant, and a main ingredient within red wine, is called Resveratol, a defender against blood clots and damage. The effect of this substance on the body mirrors that of a physical workout, e.g. improved heart function and muscle strength.
Not only does red wine protect your heart, it protects your smile against dental disease by killing harmful bacteria, thus keeping gum disease and tooth decay at bay. This is based on research published in the Journal of Agriculture and Food Chemistry.

So, wine can make you feel good, look good and is good for you health-wise. If these are not the ideal attributes of a wing (man or woman), I don’t know what is.

The key to keeping wine your ally and not your saboteur is to drink it moderately! 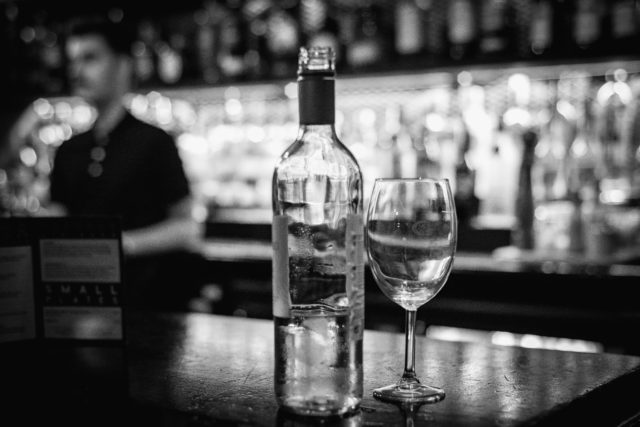 Getting to know someone over a glass of wine is a perfect idea not only because it is considered a very social drink, but because discussing wine itself can help you get over the initial nerves when talking to a new romantic interest. This guide goes through the basics of wine tasting etiquette, giving a breakdown of all you need to know.

During wine tasting you unlock your senses, beginning with sight. Look at the colour and opacity of the wine; you can unpack a lot about it though its appearance. For example, lighter white wines are pale in colour whilst full-bodied white wines have rich more golden tones. Additionally, light hued red wines are less opaque and are light-bodied, and dark hued red wines denote a fuller body.

Next swirl and smell. By swirling your glass, you allow the wine to ‘breathe’ by adding in oxygen. This opens up the flavour and is considered as improving its taste. Your nose is the key to your palate when tasting wine since a lot of your satisfaction in relation to wine is through its smell. Use this time to try to identify the notes of the wine, you can discuss with others to see if they pick up on any other notes.

Now the moment you have been waiting for, sip. The standard method to this is to roll the wine around your mouth whilst sucking in air, this allows the wine to hit the different areas of the tongue. You may be experience some sweet, acidic or bitter flavours – to take it all in, small sips are encouraged so that you can completely experience all the flavour it has to offer.

The final step is to savour and this comes from the sensation you get from swallowing the wine. This taste can differ from what you identify on your palate. At this stage, you look for the length of time the wine taste lingers with you. Take this moment to reflect and assess upon what you have just had.

Here are a few additional tips for when you attend a wine tasting event, be sure to not wear any overpowering fragrances as this can take away from the experience. Also hold your glass from the stem so that your hand does not warm up the wine. Most importantly immerse yourself into the experience, keep an open mind and enjoy your company; wine tasting is a great way to socialise and connect with different people.

Now you’ve been equipped with the basics, you can show off and build upon your new skills at our wine tasting events! The great thing about wine tasting is that you can share your knowledge as well as learn from others, which makes it a great way to break the ice!